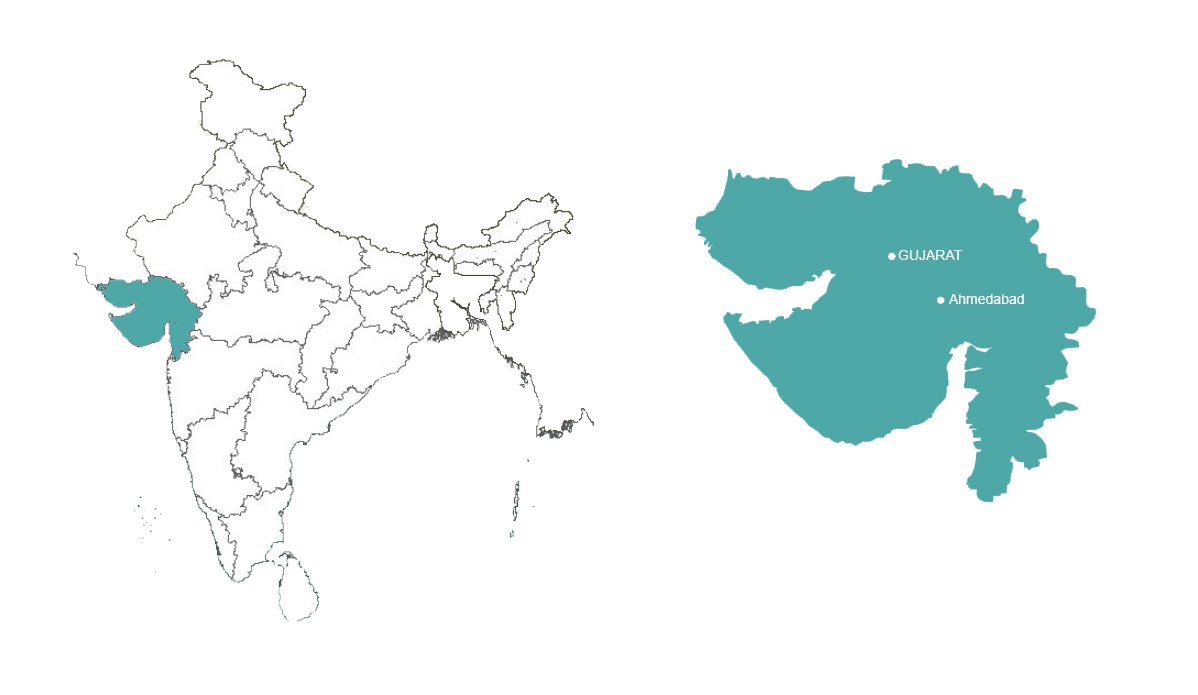 Gujarat is one of the leading states in the Indian economy. Considering the limited natural resources of the state, it can be said that the economic development of the state is noteworthy. The mineral resources of the state are limited and most of its tributaries flow during the monsoon. 2 Gujarat State’s economy has expanded 17 times in the period of 52 years from 1960 to 2011-12 which is a remarkable achievement. The basic facilities are the answer for the development of any country or state. th Box General Gujarat’s prices can be said to have increased 28 times in the production and service sector during the years 1960-61 to 2011-12. During the period 2001 to 2012, Gujarat may be the only state to have achieved double digit economic growth rate for 10 consecutive years and it is because of such exemplary growth that the state is portrayed as the engine of the country’s development. ધરાવતા Gujarat State, which accounts for 5% of the total population of the country, contributes more than 7% to the GDP of the country. 3 The share of the state’s manufacturing sector in the manufacturing sector across the country is more than 33 per cent. Gujarat is the world’s largest producer of processed diamonds and denim. Similarly, it is the largest producer of medicines, chemicals and petrochemicals, salt and soda at the national level. The state has a significant contribution in soda ash, salt, petrochemical, plastics, pharmaceutical, food oil and chemical production. * Gujarat is a world leader in the production of castor, cumin, sorghum and anise. Includes 36 per cent of the country’s total peanut production and 6191 compasses.

Similarly, Petrochemical, Salt and Soda Ash is the largest producer of medicines, chemicals and processed diamonds and denim at the national level. Gujarat is a world leader in the production of castor, cumin, sorghum and anise. 36% of the total production of groundnut and about 32% of the total production of cotton is produced in the state of Gujarat. Basics include energy, transportation as well as communications, energy energy is classified as commercial energy and non-commercial energy. Thus, Gujarat is one of the few states in the country to have electricity surplus in the energy sector.

Economy that Gujarat is mainly found in lignite coal. The place of receipt is Bhavnagar, Surendranagar, Bharuch, Mehsana, Kutch etc. districts. In the field of petroleum, Ankleshwar in Bharuch district is the best known oil field in the country. The source of mineral oil and natural gas in Gujarat is Gandhinagar, Ahmedabad, Vadodara, Bharuch, Kheda, Surat, Navsari, Mehsana, Anand etc. districts. Or at Lunej in Anand district in Gujarat. The first mineral oil and natural gas were discovered in 1958. In the power sector, the total installed capacity in the state at the end of 2011-12 was 15,306 MW. Which produced a total of 78,000 MU. While the total power consumption of the state is estimated at 64,000 MU. Was. The state of Gujarat is at the forefront of the country in taking the initiative to avail the benefits of non-commercial energy or non-conventional energy sources. As Gujarat receives more sun rays than other states, an ambitious solar energy scheme has been launched. Due to the vast coastline of Gujarat, efforts have also been started to generate electricity based on sea waves.

Suryatirtha A huge solar park has also been set up at Charanka village in Tilpur taluka of Patan district of Gujarat state. Solar power plants with a capacity of 219 MW have been set up by 18 developers at different rates. Many solar developers have shown interest in setting up solar power plants in Gujarat as compared to other states.

Connected Gujarat to 1,600 km. The state government has appointed Gujarat Power Corporation Ltd. as the nodal agency to set up a sea-based power plant in the state as it has a long coastline. On behalf of the Government of Gujarat, Gujarat Power Corporation Ltd. An agreement was reached with the Atlantis Resources Corporation for which a technical study has been conducted by the Atlantis Resources Corporation in the state. Based on this study, it is possible to set up a sea wave based power project by establishing a power generation capacity of 200 to 300 MW near Mandvi in ​​the Gulf of Kutch and near Hazira in the Gulf of Khambhat. This is the first independent project in the country. The project will result in huge savings by availing the benefits of Clean Energy Fund, Renewable Energy, Clean Development Mechanism and financial transmission to Gujarat Transmission Ltd. for energy transport. In Gujarat, there are organizations like Vidyut Yone Gujarat Power Corporation Ltd., as well as Gujarat Energy Development Corporation (GEDA-Vadodara).

Railways In India, the railway between Mumbai and Thane was started in 1853, while in Gujarat, The landing in 1855 marked the beginning of the railway between the Clay cars, which landed at Aklemer’s railway station 46.4 km. Was. From time to time, the railway was expanded in Gujarat. Between Bhavnagar and Wadhwan in 1540 AD. Railway started between Dhola – Jetalsar in 1881,  On March 31, 2011 its total length was 5271. In which 1,182 km, broadgauge, 1,205 km. Meter gauge and Hakimi.Nerogauge railway line.

The state has a network of more than 77,000 km of roads. About 97 per cent of the roads in the state are paved.

Most of the habitats in the state are connected by crop and perennial roads. Due to the limited length of railways in the capital, is the chief of the vehicle.

Gujarat has airports at Ahmedabad, Bhuj, Bhavnagar, Vadodara, Jamnagar, Rajkot, Surat, Porbandar, Kandla, Keshod. As Ahmedabad got the status of International Airport on January 26, 1991, Sardar Patel International Airport is the only facility in Ahmedabad in Gujarat. Facilities are being provided at domestic destinations in the country from other airports. 9 The airport at Jamnagar is owned by the Central Government. Whose maintenance falls under the Department of Defense.

Gujarat has 28% of the total coastline of the country. India has 7,5  km of coastline, according to which Gujarat has 28% of the coastline. Due to the small river in Gujarat, there is no tantric water supply in the state, only a small amount of pearl water is possible in Narmada and Tapi rivers but only small basins are used in it. Inland water supply is very wide in Gujarat. Gujarat has been trading with other countries by sea since ancient times. Out of 145 coastal ports in India, 42 are located on the coast of Gujarat.  22 out of 42 large, small and medium sized ports in Gujarat And 5 ports are located in Kutch, while the port of Karachi, which was divided between India and Pakistan, was declared as a port in 1955, Kandla port came into use as a port.

In 1931 and Kandla. 1950 In it was used as a small port, I Kandla port is owned by the central government. Administered by an autonomous body or Dala Port Trust, Kandla is connected by National Highway-2 (A) while 14 km from Kandla zone. M. There is also an airport facility at a distance of. There are 11 medium and 29 small ports in Gujarat. 3 E.S. The Gujarat Maritime Board was established in 1982. The board manages all the ports in Gujarat except Kandla, Diu and Daman. Under which There are 29 medium and small ports. Pipavav port located in Amreli district. It has been operating as the country’s first private port (Port Albert Victor) since 1998, with Saurashtra having the highest number of middle class ports in the state.

Government of Gujarat to give autonomy to the private sector to manage the port, to create timely infrastructure facilities to reduce the financial responsibility of the government as well as to harmonize the development of the port with the development of the back region. In 1997, BOOT (Build, Own, Operate and Transfer) policy was announced. While this type of private capital investor Gujarat has become the first state in India to be protected by the Gujarat Infrastructure Development Ordinance in 1999.

Gujarat is surrounded by the Gulf of Khambhat, the Gulf of Kaji and the Arabian Sea. Due to which Gujarat has close relations with countries like Europe, America, Gulf countries of Iran, Australia, New Zealand, Sri Lanka, countries of Africa etc. on the issue of trade through water transport.

Developers have been selected for Mundra to include private investment in the context of BOOT’s policy. Jetty Build, Operate, Maintain and Transfer BOMT) based non-port industries are allowed to build dedicated JTs. Which is known as the captive jetty. Petronet LNG Ltd. Ray uses Petronet LNG to obtain liquefied natural gas and its regasification in India. Ltd. It has set up the first terminal at Dahej. This is a fundamental effort in the country’s energy sector. Gujarat, Madhya Pradesh, Rajasthan, Uttar Pradesh, Delhi and Haryana are being satisfied by the ever-increasing demand for regasified liquefied natural gas through the Dowry Terminal. The terminal at Dahej has an annual capacity of 10 million metric tons. The full name of LNG is Liquefied Natural Gas. 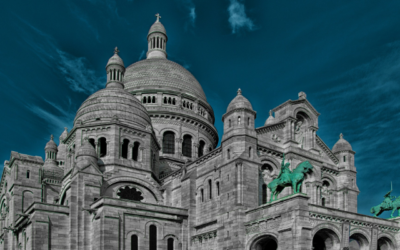 Here are some interesting France Facts

May 14, 2021 No Comments on Here are some interesting France Facts 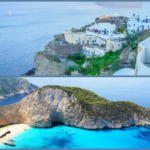 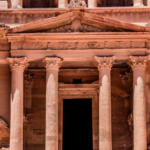 Most Interesting And Amazing petra facts

July 6, 2021 No Comments on Most Interesting And Amazing petra facts 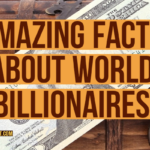 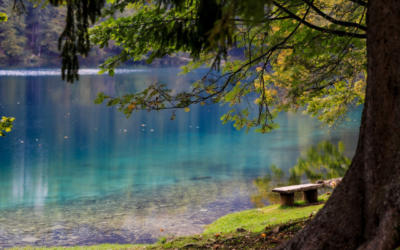 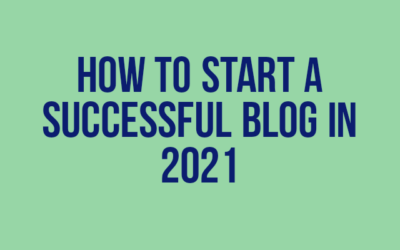 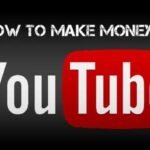