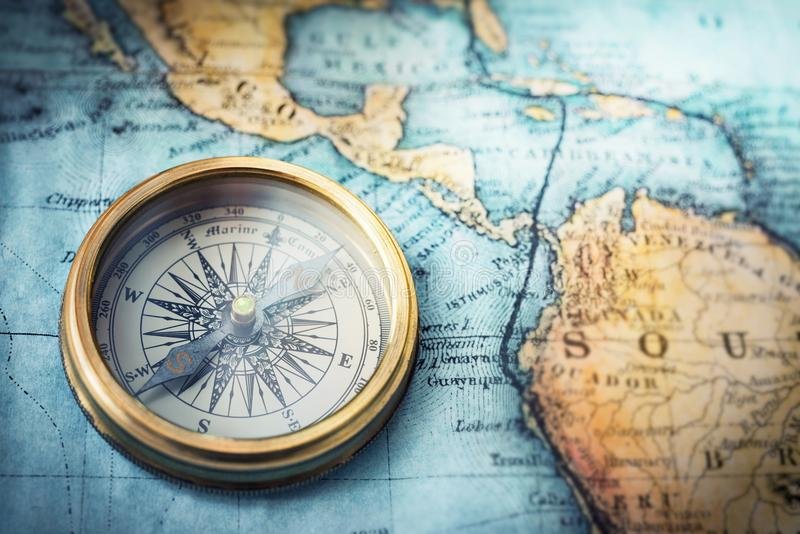 The Chinese traveler Hue-N-Tsang, who came in the time of Dhruvasen II (640 AD) of the friendly era, referred to Saurashtra as ‘Sulka’. In the ninth and tenth centuries, the word ‘lat’ was used for present day South Gujarat. Ptolemy uses the word ‘latika’ for ‘lat’ and ‘mofis’ for the river Mahi in his supplement.

The power of ‘Gurjars’ of Rajasthan was established in Gujarat in the Anumitrak era. As a result, the region of North Gujarat came to be known as ‘Gurjarbhoomi’, ‘Gurjardesh’, ‘Gurjarrashtra’ etc. In the Solanki era, the rulers were known as ‘Gurjarnaresh’. The word ‘Gujarat’ came into existence from the word ‘Gurjar’ in the Sultanate era. The first mention of the word ‘Gujarat’ is in e. Q. Found in Aburas, composed in 1933. The word ‘Gujarat’ is mentioned in ‘Kanhad de Prabandh’ composed in the fifteenth century. The human life of any region has a clear impression of its geographical environment. The geographical environment includes the topography. The topography of Gujarat has been formed as a result of various seismic activities and mining and erosion activities in its land. About 12 to 150 million years ago, lava flows spread to about 30 percent of Gujarat’s land. Activation of erosion, erosion and deposition factors on it formed various landforms of the surface. For these areas it is often found in the form of hilly terrain.

(1) Coasts and deserts of Gujarat: Gujarat has the longest coastline among the states of India. Gujarat covers about a quarter of the total coastline of India. Unlike the beaches of other states in India, Gujarat’s coastline is not very narrow.

General World Inbox Gujarat’s coastline Gujarat has got the longest coastline in India which is divided as follows.

Kutch is currently the longest coastal district in Gujarat. Gujarat’s coastline is mainly muddy and irregular.  The Gulf of Gujarat is bounded on the south by the Gulf of Khambhat and on the west by the Gulf of Kutch. Kutch, Saurashtra and Tal Gujarat mentioned above can be taken to understand the coast of Gujarat.

The coastline between Damanganga and Tapi rivers is composed of sandy and alkaline silt due to the effect of tides. Rivers have formed near the mouths of rivers in this area. But it is not useful for shipping because of the silt in it.

The north bank of the river is made up of sandy hills.  The coastline from Tapi river to Gulf of Khambhat is relatively low and muddy.  There are narrow bays on this shore.  Thus the entire coast of South Gujarat is notched by the rivers Sabarmati, Mahi, Vishwamitri, Narmada, Kim, Tapi, Maindhola, Purna, Ambika, Aurangabad and Par.  The deposition of rivers has created small and large islands here, the main ones being Aliabet and Dhanturio in the mouth of the river Narmada.  On the east coast of Saurashtra is the Gulf of Khambhat.  The coast from Khambhat to Bhavnagar is muddy and surrounded by bats.  The Gulf of Khambhat near Bhavnagar has Piram, Sultanpur and Jagri bats.  To the west of Gopnath, the coast of South Saurashtra has a flat plain.  The coastal region is covered with limestone and sand hills.  Diu, Sial and Sawai bats are located on this shore.

The bank from Porbandar to the mouth of Bhadar river has become muddy due to flooding behind the sand dunes.  There are numerous islands, large and small, on the west coast of Saurashtra.  The main ones are Dwarka, Nora and Bheda.  The coast from Bat Dwarka to the Gulf of Kutch is grooved due to the mouths of creeks and rivers.

The area is alkaline silt.  Some islands are formed on this coast.  It is famous for its coral ‘Pirotan Islands’ in Devbhoomi Dwarka and Jamnagar districts.  The west and south coast of Kutch district is made up of 10 to 13 km wide muddy area.  At high tide, seawater fills up here.  The coastal region of Kutch is formed by raising the continental shelf.  In some places on the shores of Kutch, sand tuva and behind it ‘lagoon’ lake have been formed. There are some bats in Jakhoni Bay.

There are two desert areas in Kutch district. Their area is about 27,200 sq km. There is a large desert to the north of Kutch and a small desert between North Gujarat and Kutch. These deserts are formed by the elevation of the continental shelf. Both of these desert areas are flat and alkaline areas formed by the tides of the sea. This area becomes muddy when it is flooded during monsoons. The Great Desert of Kutch consists of the highlands of West, Khadir, Bella and Khawda. This part appears as an island when it is flooded in the monsoon. The northern part of the Great Desert is known as the ‘White Desert’. The area between the big desert and the small desert is known as Vagad.

The Charotar plain is formed. Where Loas Besar type people are found. The Charotar plain is considered to be the greenest garden of Gujarat, which is considered the best land for tobacco cultivation. Real Knowledge Plains of Gujarat In any area, the plains are formed by the mouth of the river. These plains are considered to be very fertile in terms of agriculture. The plains of North Gujarat, Central Gujarat and South Gujarat There are  rivers forming the plain of North Gujarat.

The districts included in the plain area of ​​Central Gujarat are Ahmedabad, Vadodara, Anand, Kheda, Gandhinagar, Mahisagar, Bharuch, Ahmedabad and Gandhinagar.  The plains of Ahmedabad are formed by the Sabarmati, Meshwo and Watrak rivers. Charotar plains have been formed in Kheda and Anand districts from the silt of Mahi, Shedhi and Watrak rivers. Bhal region is located in the plain of Ahmedabad where the plains of Vadodara are formed by the confluence of Vishwamitri, Narmada and Dhadhar rivers. The ground of Vishwamitri, Sabarmati, Mahi, Watrak, Orsang, Dhaka or Central Gujarat is considered to be the most fertile ground for wheat production. Which is located in the region of Kanam. Is known. can be seen . Which land is considered the best for tobacco cultivation.  Charotar plain is called the green garden of Gujarat. Which is the most fertile region of Gujarat. Viramgam plain is located in a part of Ahmedabad and Mehsana districts north of Sabarmati river due to siltation by K Rupen river. It is known as the cotton region of Viramgam as it is known for its cotton production. Rivers forming the plain of South Gujarat  Tapi, Damanganga, Purna, Par, Ambika, Kolak, Aurangabad 0 Districts included in the plain area in South Gujarat 03 Valsad, Surat, Navsari, Tapi, Bharuch, Narmada The plains of South Gujarat are known as ‘flood plains’.

3 Highlands of Saurashtra: As a result of the eruption that took place about 12 to 150 million years ago, lava rocks in this region have formed rocks with a thickness of 75 to 300 meters. The plateau is composed mainly of vesicle type igneous rocks. The plateau rises high in the middle and lowers towards the coast, with some hilly terrain significant. The Mandava hills to the north and the Gir hills to the south are connected by a narrow and high area in the middle. Girnar, Chotilo, Bardo, Shatrunjay hills are located in this plateau. Round-headed hills in this plateau give rise to distinctive patterns. The plateau along the Shetrunji and Bhadar rivers, Ghogha plain, Morbi plain etc. are located in this plateau. These plains are formed by the deposition of silt released from igneous rocks. These plains have black fertile soil. The rivers flowing from here flow in a radius around the middle and meet the sea. The region of Bhavnagar district between Ghelo and Shetrunji rivers is called ‘Gohilwad’. The region from Una in Girsomnath district to Chorwad in Junagadh district is called ‘Nagher’. The region from the Gir hills of Junagadh district to the south coast is called ‘Sorath’. The region from Manavadar in Junagadh district to Navibandar in Porbandar district is called ‘Ghed’, the region from Barda Dungar to the south-west coast is known as Halar, the region of Devbhoomi Dwarka district. The region of Bat Dwarka and Shankhodwar Bat in Devbhoomi Dwarka district is known as ‘Darukavan’.

In ancient times, Gujarat was known as Anart, Lat and Surashtra.

Anart: Bottom to the northern part of Gujarat.

The Mahagujarat movement started in 1956 and in 1960 Gujarat was established from the greater Mumbai state. According to the 1961 census, Gujarat had 17 districts and 185 talukas. The Gujarat Legislative Assembly commenced on August 18, 1960. The assembly seats were held at the Ahmedabad Civil Hospital and the secretariat was housed in a polytechnic building in the Ambawadi area of ​​Ahmedabad.

The name Gujarat was first mentioned from Aburas in AD. Found in 1233. 9 The first essay of Gujarati language written by Padmanabha (AD 1456) i.e. ‘Kapade Prabandh’ has a reliable mention of the name Gujarat It is believed that the area got the name Gujarat after the Gurjar caste from Sauria. 3 Fabo was referring to Saurashtra as ‘Serostus’. Ptolemy and Periplus referred to Saurashtra as ‘Surashtrin’. The first mention in the book of Ptolemy is of 3 ‘Latika’ i.e. Lat referring to Hu N Sang Sorath (Junagadh) who visited Vallabhi during the reign of Dhruvasen II, the ruler of the Maitrak dynasty. The word ‘Lat’ was used for South Gujarat during the ninth and tenth centuries,, The splendor of Gujarat is found in the treatise ‘Nabhinandan Jinodwar’ written by Jain Sadhu Kakkasuri. The ‘Nalakhyan’ written by Premanand also shows that ‘Garvo Desh Gujarati’, which means Gujarat is glorious. Even during the Muslim rule in Gujarat, the name Gujarat was in vogue for the entire area. But the British changed the name of the region to different names for administrative purposes. The port of Khambhat during the reign of Solanki rulers from 942 to 1244. Developed as the gateway to India. In the first five year plan (1951-56), Gujarat was not allowed to build a dam on the river. The Mahagujarat movement started in 1956. According to the 1961 census, Gujarat had an area of ​​1,87,115 sq. Km.

As well as a population of 26 million. According to the 1971 census, Gujarat was divided into 19 districts and 184 talukas. While the population is estimated at 2 crore 67 lakhs. That year 2010-11 has been celebrated as the golden jubilee year of the establishment of Gujarat.

Then Gujarat is known as the engine of development in the whole country today. That the pre-Cabrian or Archean or Adi Jivayuga layers of 60 to 300 crore years ago have been found from Gujarat. Its area is 19,553 sq. Km. Was. Ground layers of the Quaternary or IV epoch about 25,000 years ago have also been found in Gujarat. 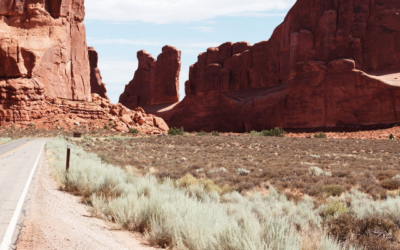