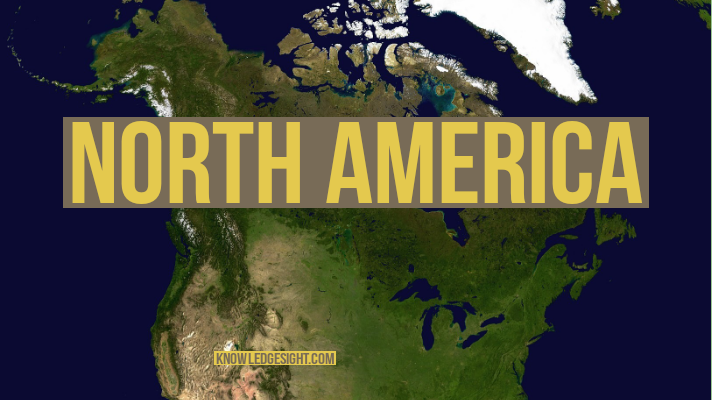 North America is the third largest continent. Geographically, it is also considered to include Greenland. Most of the continent lies on a single tectonic plate, with small parts of Mexico and California lying on the Pacific Plate to the west, which borders the North American Plate along the infamous San Andreas Fault. Unusually, North America has a vast and ancient lowland heart, almost completely surrounded by younger belts of fold mountains thrown up by continental collisions in the past. This lowland heart, with its Great Plains and Great Lakes, is drained almost entirely by one of the world’s great river systems, the Mississippi– Missouri, which channels water south into the Gulf of Mexico. The Appalachian range in the east is relatively old and has been worn low over time. But the Western Cordillera, which includes the Alaska, Cascade, and Coast ranges and the inland Rocky Mountains, running down the western limb of the continent, is geologically young and still high—so high that these mountains block the flow of moist air from the Pacific. This gives much of the interior a markedly continental climate with bitter winters and hot summers punctuated by tornadoes, and in the south the lack of rain creates large deserts. Only to the north are there no mountains, and the expanse of the Canadian Shield stretches north into the bitter wastes of the Arctic. THE SHAPING OF NORTH AMERICA North America began life as part of the great, ancient landmass geologists call Laurentia, which journeyed across the world, colliding with and separating from other continents. The continent we know today came into being less than 200 million years ago. Ages of rockUnderlying much of North America is a large shield of ancient rock that once formed the core of Laurentia. In the U.S., it is covered by a blanket of more recent sedimentary rock. But in Canada, where the shield is exposed on the surface, geologists have found some of the world’s oldest rocks—survivors from the dawn of Earth’s story, up to 4.4 billion years old. About 750 million years ago, this Laurentian heartland formed part of the supercontinent of Rodinia, but after Rodinia broke up Laurentia drifted almost to the South Pole before drifting north again. For a while, Laurentia was alone, but eventually it was drawn into the regathering of continents and became part of a new supercontinent—Pangaea. About 480 million years ago, the plate Laurentia sat on crunched into neighboring ocean plates, causing the Appalachian Mountains to start rising. It took 250 million years for the mountains to reach.their maximum height. At first, they were probably as tall and majestic as the Himalayas. In the southwest, rocks in Nevada and Utah were twisted by the same tectonic forces. America’s backboneAbout 200 million years ago, Laurentia split from Pangaea to drift northwest, opening up the Atlantic Ocean and creating North America. The new continent’s east coast settled down as it moved away, and the Appalachians were worn gradually lower and lower by millions of years of erosion and weathering. This is why the Appalachians are smaller than the Rocky Mountains even though they are older. The west, on the other hand, became a titanic battleground between opposing tectonic plates, as the North American Plate plowed into and rode over the oceanic crust of the Pacific Plate, Forcing it to subduct, or descend into the mantle. The Rocky Mountains rose as the submerged oceanic plate melted to create volcanoes. Islands slammed against the continent, and the collisions piled up layers of rock on the continent’s coast. The Rocky Mountains are unusual in that they rose up farther inland than coastal mountain ranges, such as the Andes in South America, normally do. The reason remains a mystery for geologists—it may be that the ocean plate descended at a much flatter angle and so melted in the mantle at a point farther beyond the coast.Active faultlineThe small Farallon Plate was once sandwiched between the Pacific and North American Plates. It was entirely swallowed up 30 million years ago as the two bigger plates collided and subducted. When the subduction stopped, the two gigantic plates began sliding past each other rather than smashing together. It is here that the world’s most famous strike-slip fault formed—the San Andreas Fault. The fault is 810 miles (1,300 km) long and stretches from the Mendocino coast south to the San Bernardino Mountains and the Salton Sea. Since it formed, the land on either side has moved at least 340 miles (550km). Every juddering movement unleashes devastating earthquakes.The Alaska RangeStretching for some 400 miles (650km) like a crescent moon across south-central Alaska, this range appears as an awe-inspiring barrier of high, snow-capped peaks. The loftiest mountains are clustered around Denali, a name given by the local Native American Koyukon people to the highest summit in the Alaska Range. The mountains act as a formidable obstruction to the flow of moist air from the Gulf of Alaska, which lies farther to the south, and—as a result—they experience very high levels of snowfall. Due to this, the valleys in the range are filled with some large glaciers, such as the Black Rapids Glacier These, along with the dramatic Arctic scenery, have made the Alaska Range a magnet for hikers.El Capitan and Half DomeTens of millions of years ago, numerous rounded masses of igneous rock, called plutons, formed underground in what is now central California as enormous globs of magma rose from deep in Earth’s crust and then cooled. Following several periods of uplift and erosion, many of these plutons are now visible above the surface as massive rock cliffs and outcrops. Two of the most famous, both located in Yosemite National Park, are El Capitan and Half Dome. Imposing cliffs El Capitan (“the Chief”) is a granitic behemoth that is around 1 mile (1.5km) wide and some 2,950ft (900m) from base to summit along its tallest face. It was given its name in 1851 by a roving Spanish militia force. Equally impressive, overlooking Yosemite Valley about 5 miles (8km) away. 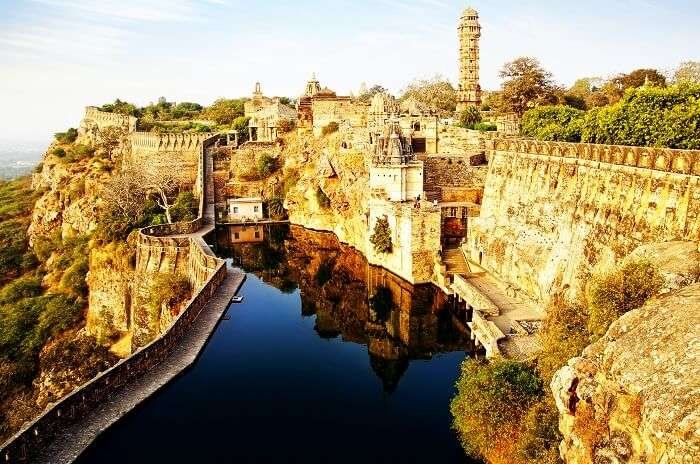