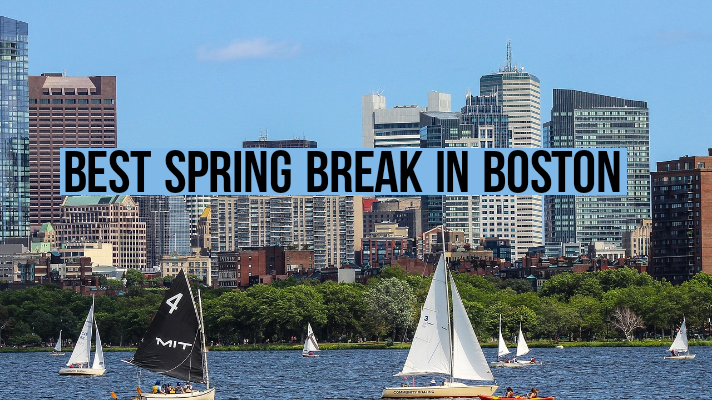 The first permanent museum opened in 1864, making MOS one of the oldest science museums in America.

With over 700 colorful, interactive displays designed to thrill and expand the minds of kids and adults alike, it’s little wonder that this is Boston’s most-visited museum.

The Boston Museum of Science traces its origins back to the founding of the Boston Society of Natural History in 1830.

To encourage visitors to respond to the artworks themselves, many of the 2,500 objects – from ancient Egyptian pieces to Matisse’s paintings – are left unlabeled, as Gardner had requested.

One needn’t be a patron of the arts to be wowed by the Gardner Museum. Its namesake traveled tirelessly to acquire a world-class art collection, which is housed in a Venetian-style palazzo where flowers bloom, sculpted nudes pose in hidden corners, and entire ceilings reveal their European origins.

The palace is complemented by a striking modern building, designed by Renzo Piano, which holds an intimate performance hall, galleries, and a charming café.Before Isabella Stewart Gardner died in 1924 she stipulated in her will that her home and her collection become a public museum.

She believed that works of art should be displayed in a setting that would fire the imagination. So the collection, exhibited over three floors, is arranged purely to enhance the viewing of the individual treasures.

The sea pervades nearly every aspect of Boston life, so it’s only appropriate that the New England Aquarium is one of the city’s most popular attractions.

What sets this aquarium apart from many similar institutions is its commitment not only to presenting an exciting environment to learn about marine life, but also to conserving the natural habitats of its thousands of gilled, feathered, and whiskered inhabitants.

The aquarium’s aim, first and foremost, is to instigate and support marine conservation.

Its Conservation Action Fund has fought on behalf of endangered marine animals worldwide, helping to protect humpback whales in the South Pacific, sea turtles in New England, and dolphins in Peru.

The adjacent Public Garden, opened in 1839, was the US’s first botanical garden. Its swan boats and weeping willows are emblematic of Boston at its most enchanting.

Verdant Boston Common has hosted auctions, cattle grazing, and public hangings over its 380-year history, in addition to festivals and the requisite frisbee tosses.

The French-style flowerbeds may only bloom in warmer months, but the garden exudes old-world charm year round.

Boston Common and Public Garden may seem like solitary urban oases, but they are two links in a greater chain of green space that stretches all the way through Boston to the suburb of Roxbury. The Emerald Necklace, as this chain is called, was completed in 1896 by Frederick Law Olmsted, the man behind New York’s Central Park.

In 2010, the museum opened its long-anticipated Art of the Americas wing, designed by Norman Foster, which displays works created in North, Central, and South America.

Over its 140-year-plus history, the MFA has collected some 450,000 pieces from an array of cultures and civilizations, ranging from ancient Egyptian tomb treasures to stylish modern artworks.

The informative Visitor Center is located on Level 1. The Linde Wing for Contemporary Art, on the west side of the museum, also houses the museum shop, cafés, and a restaurant.

Arts from the Americas are spread across four levels in the Art of the Americas wing, on the east side of the museum. The wing has 53 galleries, plus a state-of-the-art auditor- ium, and displays over 5,000 works of art.

In the mid-1800s Back Bay was filled in to accommodate Boston’s mushrooming population and, by the late 1800s, the area had become a vibrant, upscale neighborhood.

The easily navigated grid of streets in Back Bay bears little resemblance to the labyrinthine lanes around Downtown and the North End.

Home to many of Boston’s wealthiest families, the area was characterized by lavish houses, grand churches, and bustling commercial zones. Many of the original buildings stand intact, providing an exquisite 19th-century backdrop for today’s pulsing nightlife, world- class shopping, and sumptuous dining.

One of the first streets created on the marshland once known as Back Bay, Newbury has seen myriad tenants and uses over the past 150 years.

Don’t let the profusion of Prada-clad shoppers fool you: there’s much more to elegant Newbury Street than world-class retail, people-watching, and alfresco dining.

Look closely and you’ll glimpse a historical side to Newbury Street all but unseen by the fashionistas.