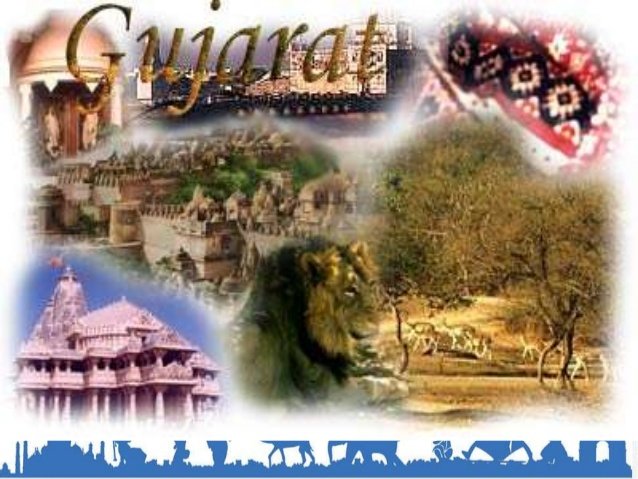 (1) Prehistoric Age: From the research of archaeologists, it can be inferred that the human life of some regions of Gujarat as well as some regions of India may have gone through the ancient Base Age, Middle Stone Age and New Stone Age. Sabhramati (Sabarmati), Mahi, Rewa (Narmada), Meshwo, Mazam, Vishwamitri, Saraswati, Banas, Bhogavo, Bhadar 5. Gujarat 1. Prehistoric variants and relics have been recovered from the river regions and ravines of ancient Gujarat etc. In the metal age, industries along with agriculture and cities along with villages developed in the regions of Gujarat. Somnath traded with foreign states through ports like Patan, Lothal, Bhrigukachchh, Stambhatirtha, Sopara etc. Rangpur (Dist. Surendranagar), Lothal (Dist. Ahmedabad), Kot and Pedhamali (Dist. Mehsana), Lakhabawal and Amra (Dist. Jamnagar), Rojdi (Dist. Rajkot), Dholavira (Dist. Kutch), Prabhas Patan (Dist. .Girsomnath), Harappa and Mohenjo-daro culture remnants found from Bharuch and Surat districts indicate its full development. Beginning of Lothal culture e. Q. 2450 BC and its end e. Q. It is believed to have occurred around 1650 BC. The town of Lothal was organized like the Mohenjo-daro and Harappan cultures. Beautiful carvings can be seen on the utensils, stones etc. found here. Lothal was a rich port of this culture. The Aryans, who came from the Saptasindhu region of northern India, enriched the culture, which began to affect the native (tribal) people of Gujarat.

(2) Mahabharata era: According to the chronology, the Neolithic age and the age of culture are followed by the Vedic age; | But there is no mention of Gujarat region in Vedic literature, there is mention of many different states in the Mahabharata period. Anarte, the son of Shariati, conquered the northern parts of Saurashtra and Gurjar Pradesh and established the kingdom of Lord Krishna and the region was called ‘Anart’. Tired of the persecution of the Jarasandh and Shishupal kings, the Yadavas migrated to Saurashtra under the leadership of Lord Krishna. Anart’s son was defeated due to the powerful army of Revat Yadav and the leadership of Lord Krishna. Lord Krishna established a new town Dwaravati (now Bat Dwarka) near Kushasthali and established his capital there. E. Q. 14th BC

2. Maurya Era (322 BC to 184 BC) The superior and reliable history of Gujarat dates back to the Maurya era. . Basic and written documentary evidence and grounds of this era are available. Chandragupta, the first emperor of the Mauryan dynasty, gives information about the Mauryan empire, governance and public affairs from his minister Kautilya’s book ‘Arthashastra’ and his book ‘Indica’ by the Greek envoy Magachanis at his court. Based on this evidence it can be said that the areas of Gujarat and Saurashtra were the territories of the Mauryan Empire. Chandragupta’s Saurashtra subah Pushpagupta built ‘Sudarshan Sarovar’ for irrigation in and around Girinagar (Junagadh). It is mentioned in the inscription of Emperor Ashoka near Girnar mountain. According to Jain scriptures, Gujarat and Saurashtra were ruled by Chandragupta Morya, his son Emperor Ashoka and his son Samprati.

3. Anu Maurya Age After the fall of the Maurya dynasty, the rule of the Shrung dynasty and the Kav dynasty was established in Magadha (Pataliputra). Destroyed over time. There was no strong rule in Gujarat during this period. For the first four centuries (400 years) of AD, Saurashtra was ruled by the Saka-Kshatraps. According to the inscription near Girnar, Saka-Kshatrap king Rudradaman (130 to 150 AD) was the best king. He did many public welfare works in Anart (Gujarat) and Surashtra (Saurashtra). Rudradam appointed Anmatya named Suvishakh for the administration of Anart and Surashtra. At the insistence of this Amatya, Rudradam was given extra tax from the people. Q. In 150 AD, the part damaged due to flooding of Sudarshan Sarovar on Girnar was repaired. The final Saka-Kshatrap king Rudrasih III was defeated by the Gupta emperor Chandragupta II (Vikramaditya) and the Saka-Kshatrap rule from Anart and Surashtra came to an end.

4. Gupta Age (A.D. 240 to 550) e. Q. His coins and inscriptions that Chandragupta II won Saurashtra, Gujarat and Malwa in the time of 100’s .Gold and silver coins of Chandragupta II, Kumaragupta and Kandagupta have been found from these regions, which proves the rule of the Gupta rulers. E. Q. In 455, Skanda Gupta’s Suba Parnadatta rebuilt the Sudarshan Sarovar, which had collapsed due to heavy rains, and built a temple of Vishnu on its banks. At present this reservoir or temple does not exist, but it is possible that it is around the present ‘Damodar Kund’. It is mentioned in the inscription of Skandagupta near Girnar. The Gupta Age is considered to be the ‘Golden Age’ of ancient India in terms of its various developments. Vaishnavism was propagated in Gujarat during the Gupta period. 5. Gaumak era (AD 470 to 776)

(5) Maitrak era: With the fall of the Gupta Empire, Bhattarke, the governor of the Gupta king and the founder of the Maitrak dynasty. Q. In 470, he established independent rule of Gujarat in Valabhipur (Saurashtra). The kings of this dynasty were Shaivites. After Bhattark, Dharsen I, Dronsingh, Dhruvasen I and Dharpat became the first kings in the Maitrak dynasty. Another majestic king of the Maitrak dynasty was Guhsen (553 to 569 AD). From the testimonials of his donations, it is clear that Guhsen was a popular ruler. After Dharsen II, Shiladitya I (590 to 615 AD) was known as ‘Dhamditya’ in this dynasty. During the reign of Dhruvsen II alias Baladitya (AD 627 to 643), a Chinese pilgrim visited the UN with E. Q. Visited Gujarat in 640. Thus, Dhruvasena II was the contemporary king of Harshavardhana (in Pataliputra), the last Hindu emperor of India. Dharsen IV (613 to 650 AD), son of Dhruvasen II, held the titles of ‘Maharajadhiraja’, ‘Parambhattarak’, ‘Parmeshwar’ and ‘Chakravati’. At that time, the power of the Allies extended to the whole of Saurashtra as well as North and Central Gujarat, West Malwa, Vidhya and Sahyadri region and Bharuch district.

There were many Buddhist monasteries in Valabhipur. The ‘Valabhi Vidyapeeth’ here was famous in India and all over the world. It was the equivalent of Nalanda Vidyapeeth, in the court of the poet Bhatti Dharsen. He composed the book ‘Ravanavadh’ (Bhaddi Kavya). E. Q. 6000 Buddhist monks were studying theology in the 100 Buddhist monasteries of Valabhi University, which was destroyed by the Arab invasion in 766. The Chinese pilgrim Ising highly praised the university. Valabhipur was also a major center of Jainism in the Maitrak era. Philosophical texts were studied here in Jain upasrayas. E. Q. In 788, the Arab invasions ended the friendly rule. E. Q. From 788 to 942, there was no supreme power in Gujarat. Smaller kingdoms ruled in their respective territories.

(1) The Chavda Dynasty ruled in some parts of North Gujarat from 746 to 942 AD. Their capital was at Panchasar (a village near present day Radhanpur). And in 746 A.D. (named after Anhil Bharwad) formed a town called Ahilpur Patan, making it his capital. He ruled for about 60 years. He is highly praised in Prabandh Chitamani. In Patan Panchasara built the magnificent and artistic Jain Derasar of Lord Parshvanath. The last king of this dynasty Samant Singh came to an end Mulraj Solanki established the Solanki dynasty in Patan. Bhinnamal) was the capital of the Gurjars. He ruled over North Gujarat and some parts of North India for about 200 years. In Bhillamal, Brahmagupta wrote a famous astronomical treatise called ‘Brahmasfat Siddhanta’. And e. Q. In 746 (after the name of Anhil Bharwad) Alipt he ruled for about 60 years.

(2) Gurjar-Pratiharo rule in Prabandh Chitamani: In the 7th century Bhillamal (northwest of Abu Parvat, in the state of Rajasthan formed the present town called Patan, made it his capital: and Anhilpur Patan Mulraj Bhinnamal) was the capital of the Gurjars. He was there for about 200 years. In Bhillamal, Brahmagupta has been praised for his astronomy called ‘Brahmsfat Siddhanta’. He built ‘Champaner Nagar Vasabu Artistic Jain Derasar’ near Pavagadh. Solanki established the Solanki dynasty in Patan. Wrote the famous treatise.

(3) Rule of Rashtrakutas: When Gurjar-Pratiharas ruled in the regions of North Gujarat and North India, Rashtrakutas ruled in the regions of South Gujarat and South India. E. Q. From 750 to 972, Rashtrakutas ruled from Vatpadrak (Vadodara) to Nagsarika (Navsari). Their capital was at Manyakhet (now Nashik in the state of Maharashtra). The last king of the Rashtrakuta branch of Gujarat was Akalvarsh Krishna. Rashtrakutas, despite being Shaivites, encouraged every sect. The ports of Bhrigukachchh (Bharuch) and Satsmatirtha (Khambhat) developed during the Rashtrakutas. During the Anu-Maitrak era, the Zoroastrians of Iran left their homeland to defend their religion and settled in Gujarat at the port of ‘Sanjane’ and became known as ‘Parsis’.

7. Solanki era (AD 942 to 1244) The Solanki era which gave political unity to Gujarat and gave the most important share in its development is considered as the ‘Golden Age’ of Gujarat. 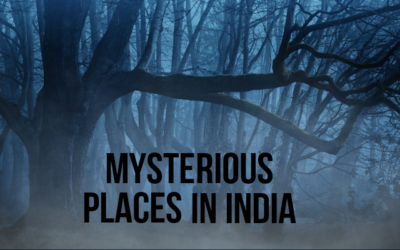