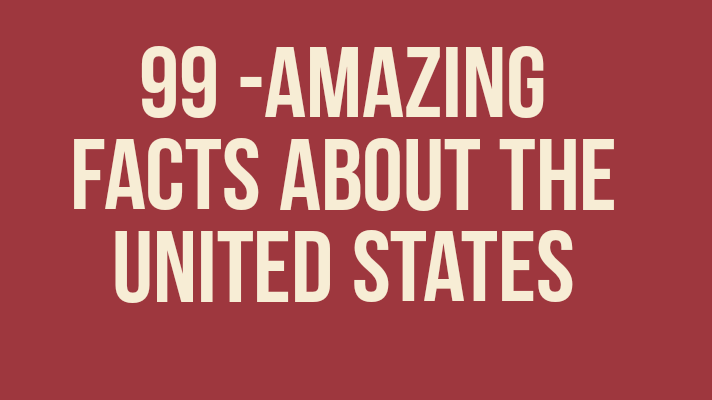 Former United States Presidents, John Adams and Thomas Jefferson both died on July 4, 1826. Not only that, but it was exactly 50 years to the day after the Declaration of Independence was signed.

Florida is larger in size than the country of England.

The first United States company to have a net income over over $1 billion was General Motors, in 1954.

Mount McKinley is the highest point in the United States. It’s peak is at 6,194 meters above sea level.

The United States has never lost a war in which they used mules.

The first coast-to-coast telephone line in the USA was built in 1914.

Passenger pigeons are now extinct. The last known one alive was Martha, who died at Cincinnati Zoo in 1914.

During his college years, President Gerald Ford was a male model.

Degas, a world-renowned French painter, lived in New Orleans between 1872 and 1873.

You will not find any poisonous snakes in Maine.

In 1918, over half a million people were killed in the United States by a flu epidemic.

There was only one president in the 20th century that did not have a college education: Harry S. Truman.

If you’re lost in the middle of the Mojave Desert, you’ll find a lone telephone booth.

Alcatraz in California was originally used as a military fort.

Virginia was the location for more Civil War battles than any other state.

Winslow, Arizona is the location of the world’s largest meteorite crater. It is 150 feet deep and 4,150 feet wide.

The first ever flight across the Atlantic Ocean was in 1927 by Lindburgh. He travelled from New York to Paris.

In 1847, Mexico City was captured by the United States.

On July 4, 1776, only two people signed the Declaration of Independence — Charles Thomson. The majority of the rest signed it on August 2 and it wasn’t until five years later that the final signature was added.

The world’s only replica of the ancient Parthenon in Athens, Greece is in Nashville, Tennessee.

The city of Los Angeles is not as tall as other major cities, instead it sprawls out. This is largely because prior to 1957, it was illegal for buildings to be

higher than 13 stories tall because they were afraid of earthquakes.

Santa Fe is the oldest city in the United States. It was founded in 1610.

The name ‘America’ was given to the country by the explorer Amerigo Vespucci.

Cigarette ads were banned from U.S. television in 1971.

William McKinley was the first President to ride in an automobile. Unfortunately it was because he was taken to hospital in a 1901 Columbia electric ambulance after being shot.

The first confirmed landing in the USA was by Christopher Columbus in 1493.

During the week of March 5-12, 1933, all banks in the USA were closed to stop scared Americans taking all their money out.

The only place in the world where you can find Venus Fly Traps in the wild is in the Carolinas.

The only place in Nevada where gambling is illegal is Boulder City. This was because the government didn’t want workers on the Hoover Dam spending all their money gambling.

Around 32% of all land in the USA is owned by the Federal Government.

American Indians were not made citizens of the USA until congress acted for them in 1924.

The four states with the smallest populations are Alaska, North Dakota, Vermont and Wyoming.

At the Lake Shrine in Pacific Palisades – near Los Angeles – some of Ghandi’s ashes were placed after he died.

The name of the state of Nevada comes from the Spanish meaning snow-capped.

During the Civil War, there were more deaths from disease than from fighting and gunshots.

Although California’s grizzly bear is the state’s official animal, it was already extinct when it was named in 1953. The last known Californian grizzly bear was killed in 1922.

Oklahoma was a centre of the early cattle industry.

There’s a private subway system under the Capitol building in Washington D.C., which has a train to take staff to different parts of the building.

The largest city in the USA, by land size, is Juneau, Alaska. It covers 3,000

The Girl Scouts used to be called the American Girl Guides.

The first U.S. President to be born in a hospital was Jimmy Carter.

In 1878, more than a quarter of the entire population of Memphis, Tennessee was wiped out by Yellow Fever.

The Declaration of Independence was written on hemp paper.

There is no star on the US flag that represents any one state, despite what many people think.

The USA consumes more petrol than any other country in the world.

The average American supermarket wastes around 3,000 pounds of food each year.

Almost half of Americans are considered to be ‘low wage’ or below the poverty line.

Alaska’s coastline is longer than all of the other states put together.

The first slaves in America were Irish.

Hawaii is the only state in the USA where coffee is grown commercially.

27% of Americans don’t believe we actually landed on the moon.

The official colors of the USA flag are Old Glory Red, white and Old Glory Blue.

The seven rays on the crown of the Statue of Liberty were designed to represent the seven continents.

There are three times as many cows as there are people in the state of Montana.

The American one dollar bill has several hidden images, which help to prevent people making fake money. The symbols include a spider in the top right-hand corner.

The USA doesn’t have it’s own official language, although English is the most widely spoken.

The national bird of the United States is the Bald Eagle.

Louisiana has 2,482 islands, which most people aren’t aware of.

It is estimated that around 35 million Americans share DNA with one of the 120 pilgrims that first arrived on the Mayflower in 1620.

Around half a million detectable seismic tremors are recorded in California each year.

The world’s most crooked street can be found in Burlington, Iowa. It is aptly named Snake Alley.

The world’s highest, and second fastest, roller coaster is in New Jersey at Six Flags.

Maine is the only state in the mainland United States that touches only one other state.

When the first settlers arrived in America there were literally millions of buffalo roaming the plains.

When he was just 22 years old, Ben Franklin composed his own epitaph.

The only shoemaker to sign the Declaration of Independence was Roger Sherman.

Franklin Roosevelt’s mom dressed him in dresses until the age of five. There are photos of him around to prove this.

Virginia and West Virginia used to be one state.

The first motel ever built in the world was in San Luis Obispo, California in 1925. It closed as a motel in 1991 and is now used as an administrative building for the Apple Farm next door.

Florida isn’t known for its mountains. In fact, its highest point is only 345 feet (115 yards) above sea level.

3,000 pounds of food go to waste each year from the average supermarket in the USA.

There are three places in the USA called ‘Santa Claus’.

In Alaska, more people walk to work than in any other state.

Wondering why Battle Creek, Michigan is nicknamed ‘Cereal City?’ It’s because more cereal is made there than in any other city in the world.

The Liberty Bell in Philadelphia was last run on George Washington’s birthday in 1846. Just a few hours later it received a big crack in it, which is still visible today.

The tallest Capitol building in the USA is in Austin, Texas.

The largest United States embassy in the world is in Iraq.

There are around 260,000 refugees living in the United States.

In 1893 there was an amendment proposed to change the name of the USA to the United States of Earth. It was declined (obviously!).

Approximately 40 per cent of Americans have never lived away from the town that they were born in.

The United States flag was designed by a 17 year old boy for a school project in 1958. His teacher only gave him a B- grade for it but changed it after Congress accepted it as their new flag.

Only seven people have ever been made honorary citizens of the United States. They include Winston Churchill and Mother Teresa.

You can’t be more than 115 miles from a McDonalds anywhere in mainland USA.

The USA uses more energy to run air conditioners than the whole of Africa uses for all purposes.

Around 96 per cent of Americans live within 20 miles of a Wal-Mart.

About 450 people die each year across the United States by falling out of their beds.

In winter it is possible to walk from the USA over to Russia. Although it’s a very long walk!

2 thoughts on “99 -Amazing Facts About The United States” 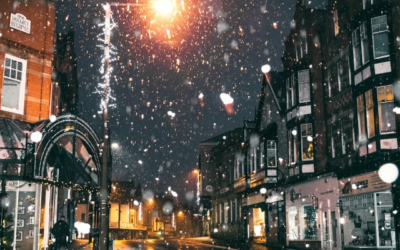