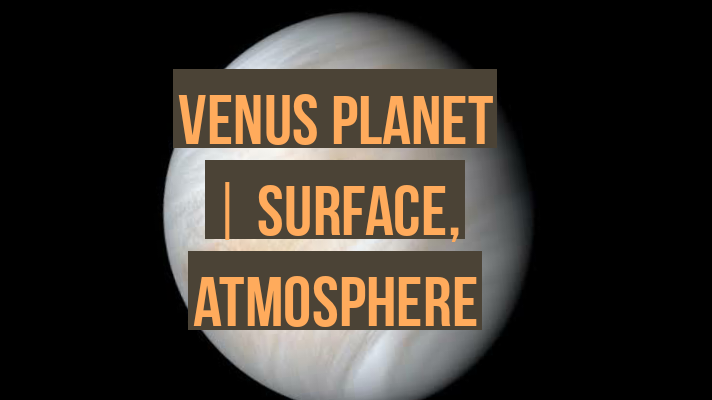 Venus is the most similar planet in the solar system to Earth. Although it is closer to the Sun, making it hotter than Earth, both planets are similar in size, mass, and composition. However, Venus has no water or life and is covered with a very thick, suffocating atmosphere.Venus may be closer to Earth than any other planet, but you wouldn’t want to go there. Thick clouds of sulfuric acid and a suffocating blanket of carbon dioxide gas trap the Sun’s heat, turning it into a scorching oven. Astronauts visiting Venus would die from a combination of acid burns, roasting, crushing, and suffocation.Impact cratersCompared with other planets, Venus doesn’t appear to have many impact craters. This might be because many meteorites burn up in the thick atmosphere before they reach the surface and create an impact crater. Another idea is that the surface of Venus is too young to have had many collisions with large meteorites. Most of the craters on the planet are less than 500 million years old.Pioneer VenusNASA’s Pioneer Venus mission was made up of two different spacecraft. The orbiter, launched in 1978, was the first spacecraft to use radar to map the surface. It burned up after 14 years. Pioneer Venus 2 carried four probes to collect atmospheric data.MagellanLaunched in May 1989, NASA’s Magellan spacecraft arr ived at Venus in August 1990. It spent more than four years in orbit and produced the most detailed radar map of the planet’s surface. It was deliberately burned up in Venus’s atmosphere in 1994.Venus ExpressEurope’s first mission to Venus was launched in November 2005, arriving at Venus in April 2006. As it flies over the polar regions, it is able to study the cloud layers and atmosphere in great detail. A special camera has made the first infrared map of the surface.

ALTHOUGH FORMED FROM THE SAME SOLAR DEBRIS AS EARTH, VENUS IS UNDENIABLY DIFFERENT FROM OUR PLANET ON THE OUTSIDE. HOWEVER, SCIENTISTS BELIEVE THAT THE INTERIORS OF THE TWO WORLDS MAY BE SIMILAR.

Almost equal in size and density to Earth, Venus probably has much the same internal structure and chemistry. At the heart of the planet there is thought to be a metal core with a solid center and a molten outer layer. Surrounding this is a deep mantle of hot rock and a thin, brittle crust that shows abundant evidence of volcanic activity. Although Venus has a metal core like Earth’s, it has no detectable magnetic field. This may be because it rotates too slowly—taking eight months to turn once—to produce the circulations within the outer core that would generate a dynamo effect. Venus has the thickest, most dense atmosphere of all the rocky planets. Its air is 96.5 percent carbon dioxide and contains small amounts of other chemicals, including sulfuric acid; a thick blanket of sulfuric acid clouds covers the entire planet.

THE SURFACE OF THIS INHOSPITABLE WORLD IS ALMOST ENTIRELY VOLCANIC. MORE THAN 1,600 VOLCANOES HAVE BEEN IDENTIFIED ON VENUS, A GREATER NUMBER THAN ON ANY OTHER PLANET IN THE SOLAR SYSTEM.

The first detailed maps of Venus were made in the early 1990s, when the Magellan spacecraft used radar to penetrate the thick cloud hiding the planet. What Magellan’s images revealed was a world covered in volcanoes. The Venusian landscape is characterized by vast plains covered by lava flows, and mountain or highland regions deformed by geological activity. No ongoing eruptions have yet been confirmed, but there are many signs of recent volcanic activity, including ash flows, impact craters partially covered by lava flows, and fluctuating levels of sulfur dioxide in the atmosphere that could be caused by eruptions. The surface of the planet is young. It is thought that Venus was entirely resurfaced by a cataclysmic volcanic event that created a single gigantic tectonic plate that now wraps around the entire planet—very different from Earth’s surface, which is broken into nearly 50 plates. From the estimated rate of asteroid strikes on the planet and slow weathering of the craters, it is thought that this happened some 300–500 million years ago. Weather on Venus Venus is cloaked in clouds of sulfuric acid that block out 80 percent of all sunlight. The atmosphere glides rapidly around the planet on winds of up to 220 mph (360 km/h)—cloud systems can sail completely around the planet in under four days. Venus’s clouds rain sulfuric acid, but the lower atmosphere is so hot that the raindrops evaporate before reaching the ground. The heavy cloud layer in Venus’s atmosphere appears to shield it from most meteorite bombardments.

MISSIONS TO VENUS VENUS WAS THE FIRST PLANET TO BE VISITED BY SPACECRAFT, IN 1962. SINCE THEN, THERE HAVE BEEN NEARLY 40 MISSIONS, SOME OF THEM FLYBYS AND OTHERS PROBING THE ATMOSPHERE OR LANDING ON THE SURFACE.

After a string of failures, the first spacecraft to reach Venus was NASA’s Mariner 2, which revealed the planet’s scorching surface temperature during a flyby in 1962. The first soft landing was made by the Soviet craft Venera 7 in 1970, but it was able to broadcast data for only 23 minutes. Since then there have been 20 Venus landings, with varying degrees of success, which is not surprising considering the extreme heat and pressure on Venus. Proposals for future missions include a robust rover vehicle that can explore the planet’s surface in the same way that rovers investigate Mars. 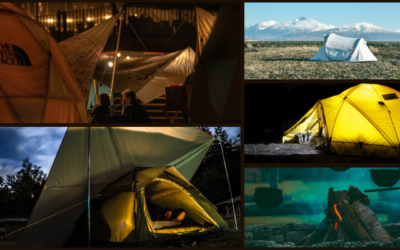