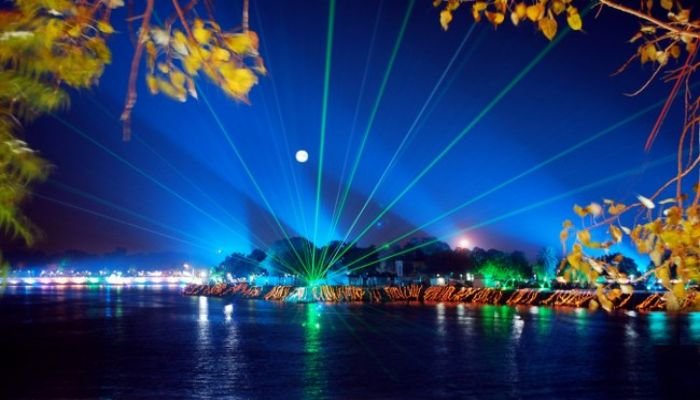 Famous places to visit in Ahmedabad

The largest railway station in Gujarat is located in Ahmedabad.

Kankaria lake can be found in the south-eastern section of Ahmedabad near the Maninagar area, in Gujrat. It is said to be the second largest lake in the city.

It is a very famous lake in Ahmedabad, Gujarat.

Kankaria lake can be visited throughout the year but the best time to visit is during the last week of December because at that time, the Kankaria Lake Carnival takes place.

the Kankaria Lake festival lasts for a week during which many cultural, social, and art events and performances are organized at the lakefront.

What things to do in Kankaria?

You can enjoy your weekend here there are a lot of things to do in Kankaria.

Adalaj Stepwell is an exceptional ‘water building’ in the Adalaj’s village, near Ahmedabad town in Gandhinagar area in the Indian state of Gujarat.

The ancient name of Adalaj is ‘Gadhapatan’. E. Q. Rani is the wife of Veer Singh Vaghela of Adalaj in 1499. The park was built by Mehmood Bagda for bird-watching Rudibai as many birds come to the park. Is a famous pilgrimage.

Its ancient name is “Madhupuri”. This place is very convenient for Padmavati here. B Hence it is known as ‘Adalajni Vav’ or ‘Rudibai’s Vav’ Adalaj’s Vav is a masterpiece of Hindu and Muslim architecture.

That is the specialty of this Vav. With three main entrances, the north-south length of the plant is 251 feet. This Vav has 914 steps. The depth to the north of this well is about 50 feet. A stone wall has been built to prevent the soil from collapsing due to deep excavation in the ground. On the wall are sculptures of Hindu gods and goddesses.

It is also known as gandhi Ashram.

This bird sanctuary is located at about 64 km to the west of Ahmedabad near Sanand village,Gujarat.

the sanctuary attracts migratory birds like herons, pelicans, flamingos, storks, swans etc. during the month of November to March.

This heritage place in Gujarat has no beautiful carving or monuments like others. But still you would love to visit this place for its history and to gain knowledge.

The major attractions in Lothal are the vast ruins of the ancient city. The most important are the sites of the ancient dockyard, the acropolis, the lower town, the bead factory, the warehouses, and the drainage system.

The 78-km distance from Ahmedabad to Lothal is covered in two phases. The first leg of the journey can be covered by rail to reach Bhurkhi, which is on the Ahmedabad-Bhavnagar railway line.

Jhulta Minara is Located in Ahmedabad, Gujarat. Jhuta Minar is one of the most intriguing architectural wonders that the world has ever seen. They are still an unsolvable mystery. What makes the minarets unique is if one of the minarets is shaken then the other minaret shakes within a few seconds, while the connecting passage doesn’t transmit any movements or vibrations.

Dholka is an ancient town, around 48km by road from Ahmedabad. It is a town with its root buried deep into antiquity. Legend has it that the town was known as Birat Nagar in Mahabharata where the Pandava brothers spent the last one year of their exile.

Lambha is very famous in Ahmedabad and entire Gujarat for Baliyadev Mandir or Baliyakaka Mandir or Lambha Mandir dedicated to Lord Baliyadev. Baliyabapa temple also famous as Lambha temple was constructed in 1996 and also famous as Nava Baliyakaka Temple. Thousands of Devotee and tourist visit this holy place throughout the year and specifically on Sunday and festival days.

Bundi is the famous Prasad in temple. It is also great importance to eat Thandu Food in temple campus on Sunday and Tuesday.

The distance between Dholka to Ganeshpura KOTH is 21 Km by road. This place is famous for Lord Ganesha temple.

Shree Ganesh Temple located in Ganpatpura village in the Dholka taluka to near 40 km the Ahmedabad city.The temple is renovating now.Ganpatpura village is located near the famous temple town of Dholka, it is identified the name of Ganesh Dholka, Ganpatipura and Ganpatapura.

The temple includes a black statue of Goddess Kali with four hands. There is a legend which says that there was a watchman named Siddique Kotwal who saw Goddess Laxmi.

The AMC has undertaken the project as part of its programme 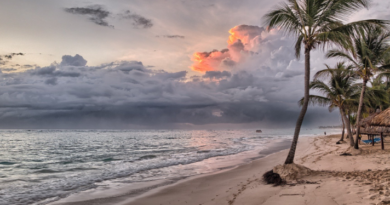 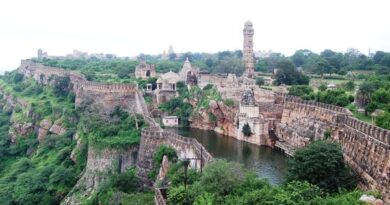 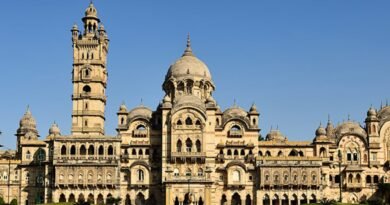 3 thoughts on “Most Famous places to visit in Ahmedabad”