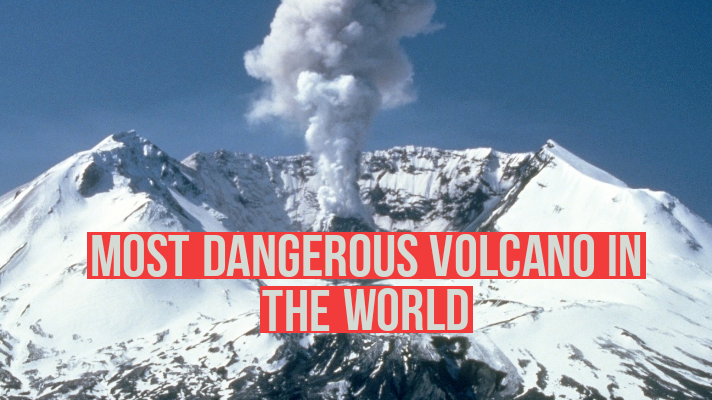 Dangerous volcano in the world

volcano in the world

A volcano is a geological landform, usually in the shape of a mountain. It forms the opening in Earth’s surface through which molten lava and gases erupt.

Volcanoes are of three types: active, dormant, and extinct. Mount Vesuvius, Mauna Loa, and Mount Unzen are examples of volcanoes.

Vesuvius is a stratovolcano that lies just 5 miles (8km) away from the Italian city of Naples, in the most densely populated volcanic area in the world.

Its location and its capacity for especially violent eruptions are what make it so dangerous. Its lower slopes are dotted with villages and vineyards. Destructive past Of Vesuvius’s numerous large historic eruptions, the most infamous occurred in 79 CE.

During the explosion, falls of volcanic ash and pyroclastic surges buried the towns of Pompeii and Herculaneum, killing about 2,100 people.

Towering to a height of 18,491ft (5,636m), Popocatépetl, which means “smoking mountain” in the ancient Aztec language, is famous because of the ferocity of its eruptions, its tongue-twisting name, and its proximity to Greater Mexico City, the largest metropolitan area in the Americas.

A stratovolcano, Popocatépetl, or “El Popo,” can be seen erupting from most parts of Mexico City.

Over the past few thousand years, it has had three Plinian eruptions extremely violent blasts that produce huge plumes of gas and ash.

Such explosions can cause large loss of life in populated areas. After a massive eruption in 1947, the volcano lay dormant until it came back to life in 1994.

The year 2000 saw the most dramatic eruption in more than a thousand years.

Ever since, smoke has been seen emanating almost daily from its huge summit crater.

In April 2016, it erupted again, spewing out lava, ash, and rock, and it has continued to produce powerful explosions at irregular intervals.

Rising 8,077 ft (2,462 m) above the Abay Gulf, this stratovolcano is considered to be one of the most perfectly symmetrical in the world.

Location In the south of the island of Luzon, the Philippines This is the most active volcano in the Philippines, having erupted at least 49 times in the last 400 years.

Mayon’s most violent eruption, in 1814, killed over 1,200 people and ended up devastating several towns.

Following another eruption in 2006, heavy typhoon rainfall produced lahars (mudflows) from the recently deposited ash, which killed at least 1,000 people.

Mount St Helens blew off its summit in May 1980 with the energy of 20,000 Hiroshima-size atomic bombs.

Ash closed nearby airports for up to two weeks, grounding thousands of flights.

It sits on the Ring of Fire a 40,000-kilometre (25,000-mile) horseshoe of volcanoes circling the Pacific Ocean.

Beneath Mount St Helens, two of the massive rock plates that form the Earth’s crust are colliding; the oceanic Juan de Fuca Plate is sliding beneath the continental North American Plate. As the ocean plate grinds down into the Earth’s crust, water is released.

The water helps to melt the overlying hot rock into magma, which erupts through the brittle crust.

The old North American crust contains lots of silica, which makes the magma sticky. Gas builds up in this thick magma until it violently erupts with gas, rock and steam.

A week before the eruption, the bulge grew two metres (6.6 feet) daily. After the eruption, Mount St Helens had shrunk by about 400 metres (1,300 feet).

Location On the island of Java, Indonesia This stratovolcano is the most energetic of Indonesia’s 129 active volcanoes, and forms part of the Pacific Ring of Fire. It has erupted regularly in the last 500 years, causing many fatalities.

The volcano is situated over a subduction zone where the Indo-Australian Plate is pushing under the Sunda Plate.

Location Mostly in the state of Jalisco, west central Mexico This massive stratovolcano is one of the most active in North America, having erupted more than 40 times since 1576, most in 2017. Eruptions produce flows of viscous lava, explosions of pyroclastic material, and enormous ash clouds.

Eruption June 1991 Features Ash cloud, pyroclastic flows, mudslides Estimated death toll 800 The 1991 eruption of Mount Pinatubo blew the top off the volcano and ejected about 2.4 cubic miles (10 cubic km) of ash and rock into the air.

This caused a colossal ash cloud and deadly pyroclastic flows. Fine ash smothered the landscape, and created a layer of sulfuric acid haze all around the world.

Mostly formed 11,000–8,000 years ago, its attractive cone is one of the country’s most famous symbols, often celebrated in art and literature, as well as visited by sightseers and climbers.

Since then, there have been no further signs of volcanic activity. E. Asia Mount Fuji An iconic, beautifully symmetrical volcano that can be seen from Tokyo on a clear day.

Heat supply Yellowstone’s geothermal activity results from the fact that part of the area rests above a huge underground chamber of magma, which serves as a constant heat source

The features are arranged in distinct areas called geyser basins. Upper Geyser Basin contains around 150 geysers, including the famous Old Faithful, and several colorful springs. Many of the geysers erupt more than 100 ft (30m) into the air.

Plentiful rainfall seeps through Earth’s crust and is heated by the magma chamber, providing a continuous hot water supply for the springs and geysers. Geological diversity Rugged mountain scenery, deep glacier-carved valleys, waterfalls, canyons, and rich wildlife are among other interesting features of Yellowstone.

The Grand Canyon of Yellowstone, as well as two waterfalls on the Yellowstone River, constitute some of its most dramatic attractions.

Mount Pelée Martinique, West Indies Eruption May 1902 Features Ash cloud, pyroclastic flows Estimated death toll 29,500 The city of Saint-Pierre below Mount Pelée was crowded with people when the volcano exploded and a vast cloud of ash poured out.

After many years of inactivity, in 1902 it produced the most devastating eruption of the 20th century in terms of casualties.

The cloud became a pyroclastic flow that surged toward Saint-Pierre at more than 400 mph (650 km/h), reaching the city in under a minute and completely destroying it. Virtually everyone was killed.

Location Martinique in the Lesser Antilles, Caribbean Sea Pelée is a stratovolcano (composite volcano) in the Antilles island arc.

A series of pyroclastic clouds swept down its slopes to destroy the city of Saint- Pierre, killing about 30,000 people. The Peléan type of eruption, characterized by explosive.

One feature of Ruapehu eruptions has been the breaching of the lake dam and the creation of destructive lahars (mudflows) as water mixes with volcanic sediments and speeds downslope.

A lahar in 1953 killed 151 people. The last major eruption was in 1995, although there have been smaller events since.

Situated over an active subduction zone where the Cocos Plate pushes beneath the Caribbean Plate, this stratovolcano was dormant for hundreds of years before July 1968, when an unexpected and violent eruption destroyed three small towns.

Rocks weighing several tons were blasted more than 0.6 mile (1 km) away. Seven more eruptions occurred over the next 30 years, but the volcano was declared dormant again in 2010.

Location Southwest Colombia, northern Andes Colombia’s most active volcano is also potentially its most dangerous, being situated near the city of Pasto’s 450,000 inhabitants.

It is a large stratovolcano, with a peak that is 14,029ft (4,276m) above sea level. The area’s volcanism dates back at least 1 million years, with a particularly massive eruption 560,000 years ago.

This activity results from the oceanic Nazca Plate plunging beneath the continental crust of the North Andes block.

At 22,615 ft (6,893 m), it is the highest active volcano in the world and the second highest peak of any description in the Americas.

A small caldera not far from the summit is probably the highest lake on Earth.

Although there are persistent fumaroles on the volcano, and a gas emission was reported in 1993, the last major eruption took place 1,000–1,500 years ago. 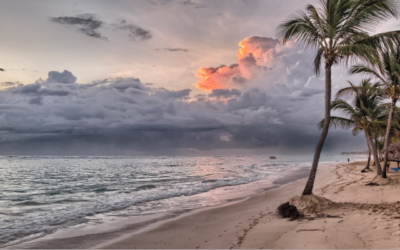